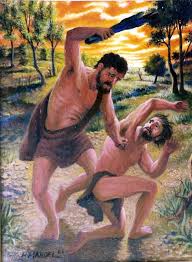 All of my siblings in the house, stand up! Aah, if you have brothers and sisters (I am an only child, but the way my cousins and I wore each other’s clothes and ate each other’s food, we might as well have been siblings), then you know that siblings can get on your nerves in ways that most people can only imagine. Whether your brother or sister stole you clothes, got you in trouble with your parents, or showed your date that embarrassing yearbook picture from three years ago (you know, the one where you had so much acne, your dog called YOU Spot), siblings love to get under one another’s skin, even to the point of fighting. However, in the vast majority of cases, siblings will apologize to each other, make up, and all will be well in 48 hours. Even when siblings throw around the “I’m going to kill you” phrase, it’s usually just out of anger, and he or she isn’t ACTUALLY going to kill you-maybe punch you in the shoulder or throw a shoe at you. What happens when one brother becomes so jealous of his younger brother that he actually does kill him? This brings us to the story of Cain and Abel.

If you’ll recall from my last post, ” An Apple a Day Won’t Keep Jesus Away,” https://jesusbedtimestories.com/an-apple-a-day-wont-keep-jesus-away/, after Adam and Eve disobeyed God and ate from the Tree of Knowledge of Good and Evil, God cursed them, which included telling Eve that she would experience great pains during childbirth. Cain and Abel were Adam and Eve’s first two children, but all was not well between them. Cain, the older of the two brothers, was a farmer, while Abel, the younger of the two brothers, was a skilled shepherd who took care of the family’s animals. Cain and Abel normally brought sacrifices (animals or personal possessions) to God to worship him and thank him for being so good to them. On one particular day, Cain and Abel brought very different sacrifices to God. Genesis 4: 3-5, says the following:

Cain offered grass and seeds to God, while Abel offered God the fattest of his sheep-God accepted Abel’s sacrifice, but he rejected Cain’s. This made Cain’s blood boil (you know that feeling when someone makes you so mad that you just want to-WATCH YOURSELF! What would Jesus do?), and I think we can all picture Cain’s reaction: What makes Abel so special, God? Why did you like his sacrifice better than mine? I bust my behind in the field everyday, and I gave you the best that I had (was that REALLY your best, Cain?). I’m the older brother, so if anything, I taught that little squirt everything that he knows, so I should get the credit for the sacrifice, not him! That’s not fair, God! That’s not fair! God tried to reason with Cain, but Cain didn’t want to hear it; God’s words went in one ear, and out the other (you better recognize who you’re dealing with, Cain; God isn’t just some buster off of the street). At this very moment, Cain decided to kill his brother, Abel. Genesis 4:8-16, reads as follows:

After reading that mountain of a paragraph, a few of you are probably ready to throw a rotten tomato at me-you know darn well that I don’t understand half of what I just read. Is this a joke? Is this a joke? Really?!! Really?!! Relax! I’m here to break it down for you in simpler terms, in two sentences flat. Cain killed his brother, Abel, God asked Cain where Abel was (God saw what had happened), God asked Cain why he had killed Abel, and God cursed Cain as punishment-Cain would no longer be able to grow any crops on his farm, no matter how hard he tried, and he would spend the rest of his life just walking around-no job, no money, and separated from God. Cain couldn’t handle his punishment, but get this, God would not allow anyone to kill Cain. Cain had just killed his brother, Abel, and God was angry with Cain, but he loved Cain so much that he still wouldn’t allow anyone to hurt Cain, and he placed a mark on Cain’s body to make sure that no one touched him (talk about being untouchable!).

We can all learn a valuable lesson from the story of Cain and Abel. Firstly, never allow jealousy, whether of strangers, friends, or family, make you so angry that you’re willing to kill someone over it. God loves each and every one of us the same, and he has great plans for ALL of our lives; we just need to be ready, willing and able to accept the great gifts God has for us. Secondly, when someone makes you angry, try to talk to that person and work things out. Oftentimes, a person doesn’t know that he or she has made you angry, and even if that person does know, TALK ABOUT IT. When we take time to talk to each other, we can learn about one another, we can apologize and forgive one another, we can help one another to accomplish our goals, and we may find out that we’re a lot more alike than we think (communication is a powerful thing). 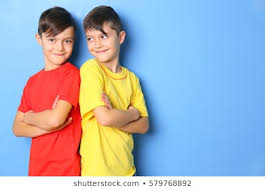 16 thoughts on “Why Did Cain Kill Abel In The Bible?”