Disclaimer: This post may contain affiliate links. I will earn a small commission if you choose to purchase any of my recommended products, at NO ADDITIONAL COST to you. Though you are not required to purchase anything, your generosity will go toward the maintenance of this website.

Cowabunga, dudes! I don’t know about any of you, but I’ve always wanted to learn how to surf. I love the water, I love the high tide, and I always thought that surfers looked cool in their spandex outfits, sun glasses and surfboards. The problem is that I have the balance of a marshmallow (not good, kids, not good), so the moment I even think of riding a surfboard, I’m flipping off of the board, going head first into the water, and will be picking seaweed and sand crystals out of my weave for a week (yes, I did just say weave; it’s unbeWEAVEable! Haha). When we think of riding the waves, we’re thinking high speeds, the ultimate adrenaline rush, and having fun. What happens, however, when riding the waves becomes a means of surviving a world-ending flood at the hands of God? That brings us to the story of Noah’s Ark and the Great Flood.

Long story short, God had become very angry with the world; the world had become extremely wicked, evil, and cruel. No one loved each other, no one respected each other, no one served each other, and no one feared God. Yes, you heard that correctly…NO ONE FEARED GOD. The entire human race had turned its back on God, stopped listening to God, lived in sin and loved it, and could care less what God had to say about it (sounds a lot like teenagers, doesn’t it? Haha. Just kidding…maybe). God had given the world more than enough time and more than enough opportunities to get its act together (we’re talking hundreds of thousands of years), but no one repented (asked God to forgive them of their sins and help them to stop doing those bad things), no one turned back to God, and no one cared about the consequences of not listening to God. Needless to say, GOD HAD REACHED HIS BREAKING POINT (we think that we’re in trouble when we’ve worked our parents’ last nerves; that’s a skip through Candyland compared to the trouble we’re in for getting on God’s last nerve). As such, God decided to destroy the entire world with a great flood, lasting 40 days and 40 nights, which would kill everyone…except for Noah, Noah’s family, and a few select animals.

You might be asking yourself, “who was this Noah cat, and why did God spare his life?” Noah was a regular person like you and I (with a wife and 3 sons), but unlike the world at that time, he loved God, he feared God, he worshipped God, and he listened to God. Noah was not perfect (he loved his happy juice…Hallelujah!), but God recognized how loyal Noah had been to him, and decided to spare his life. Seven days (one week) before bringing the Great Flood, God told Noah to build an ark (a ship), God told Noah exactly how he wanted it built (height, length, width, number and types of windows, etc.), and God told Noah who/what would accompany him on this ark (to continue the human/animal race): Noah, his wife (believed by many to be Neemah), his three sons (Shem, Ham, Japheth), his sons’ wives, seven pairs of every kind of clean animal (male and female), one pair of every kind of unclean animal (male and female), and seven pairs of every kind of bird (male and female)–talk about a rocking house party (wgc.ontraport.com/t?orid=6460&opid=6)! Noah followed God’s instructions (right on, Noah!), built the Ark, God brought about the Great Flood, wiped out the entire world, and only Noah, his family, and the animals in the Ark survived. Wow! That is powerful. I can’t help but to wonder….you all know where I’m going with this…how this story would have played out in the present day. Modern-day storytime! As always, I will use modern day language, technology, and ways of living to retell the story of Noah’s Ark (we’re picturing this happening in the modern day).

*Noah’s three sons, Shem, Ham, and Japheth, and their wives, are all watching the Saints vs. Rams game on Monday Night Football*

Shem (one of Noah’s sons): Awww, Dad! The game is getting good! The Saints are whooping the Rams, 77-7! It’s so embarrassing, it’s hilarious! Can we see the end of the game first?

Japheth (one of Noah’s sons): With nachos and hot wings on top?!

Naamah (Noah’s wife): Boys, you heard your father. Turn the TV off and get in the Ark. We have more important things to worry about. A flood is coming, and we need to evacuate immediately. Besides, the Rams are going to lose anyway.

Shem, Ham, and Japheth (in unison, whining like cavemen at a rock and roll concert): Dawww! This is so unfair! We need our own house.

Naamah: I completely agree with you all, Sweetiepoos, but until you all do, and as long as you all are sleeping on our couch, eating our food, watching our TV, and not paying any rent, what we say goes. TO THE ARK!!!

Shem, Ham, and Japheth: *Embarrassed, but knowing that their mother is right* Yes, ma’am. After you, ladies.

Shem: Sir, yes, Sir! *Starts doing an army chant* We are here, we are free, seven times seven is forty-three!

Neemah: Good God Almighty. *Facepalm* All of the animals are in the Ark, Babycakes.

Noah: Thank you, Buttercup. May I have everyone’s attention, please? If any of you need snacks, water, or need to go to the bathroom, please do so now! You have 3 minutes! No more, no less! We have a long trip ahead of us, so once we start moving, we won’t be able to make a lot of pit stops.

*Family proceeds to grab every lick of food in the house, from dog food to Flaming Hot Cheetos to Fruit Roll-ups to Pepsi…in 3 minutes flat!* Everyone: We’re ready!

Noah: Great! Let’s get in the Ark. We’re going to be spending a lot of quality time together over the next 40 days and 40 nights. Let’s try not to kill each other during the trip.

Shem: *laughing* We won’t, Dad. If we get on each other’s nerves, we’ll just put itching powder in each other’s sleeping bags or pour ketchup into each other’s shoes. That is pay-per-view quality entertainment!

Noah: *laughing and shaking his head* What are we going to do with you, Shem?

Shem: You could always put me in a new, sky blue Ferrari with tinted windows and 23-inch rims.

Noah: Or…you could get a job, get a house, and then buy your own Ferrari with tinted windows and 23-inch rims.

And with that, Noah, Neemah, Shem, Ham, Japheth, their wives, and all of the animals got into the Ark. God brought the Great Flood, which lasted 40 days and 40 nights, destroying the entire world and humanity as we know it. While everyone else was dying from their disobedience, Noah and his crew were sitting back, relaxing, wearing their shades, and riding the waves. What is the moral of this story? Love God. Respect God. Praise God. Worship God. Listen to God. Fear God. God bless you all and your families! 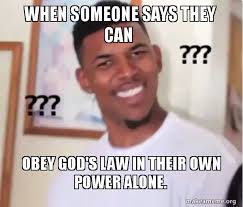