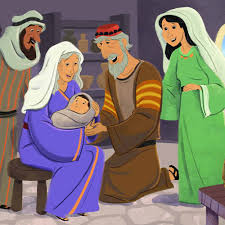 Happy New Year, everyone! We have officially entered 2023-let the failed New Year’s resolutions begin! I’m sorry, I shouldn’t start today’s post by being a negative Nancy (more like a sassy and sarcastic Sally). To be clear, I had a wonderful time at church today, I’m filled with the Holy Spirit, and I royally BLEW my New Year’s resolution! I foolishly made a New Year’s resolution to act civilized in church, not hoot and holler while in the choir stand, and sit my perky self down while my pastor is preaching. I royally failed that one! Yah (God the Father) has been too good to me for me to keep quiet! Yahushua Hamashiach (Jesus Christ) has done too much for me to act like I’m not his ready, willing, able and enthusiastic vessel! I’m a cheerleader for Christ! I love it, I don’t apologize for it, and I will continue to be a perky possum for the Prince of Peace!

When we think of New Year’s, we think of new beginnings. It’s out with the old and in with the new (except in the case of grandparents->we want to keep them around as long as possible! They’re AWESOME!!!!). We’ve talked at length about the new beginning that our Lord and Savior, Yahushua Hamashiach (Jesus Christ) has given us as sinners (we all say, do, don’t do, and think things that we shouldn’t and that Yah (God) doesn’t like). We’ve discussed Christ’s miraculous birth (Mommy, Where Did Baby Jesus Come From? ), his death (Jesus + A Tree=I’ve Been Set Free!), his resurrection (he came back to life, y’all!->Jesus Rose Like a G…OD), his ascension back into Heaven (he went to Heaven on a cloud, y’all!->It’s A Bird! It’s a Plane! It’s Jesus!), as well as his promises to come back to Earth, take his children (all believers in him) home to Heaven and to destroy this sinful, wicked world (all of my posts). We’ve also discussed how Jesus’s cousin, John the Baptist, played an important part in warming the world up for Yahushua Hamashiach (Jesus Christ).

If we’ll recall from my previous posts (Waterworks! John the Baptist Baptizes Jesus; Now Serving, Chop Johnny!), John the Baptist was Jesus’s older blood cousin (John the Baptist was born 6 months before Jesus was; John’s mother was Elizabeth; Jesus’s earthly mother was Elizabeth’s younger sister, Mary). John the Baptist grew up to be Jesus’s hype man-before Jesus began his 3-year earthly ministry at age 30, John the Baptist warned the Israelites (Yah’s homies! His homeboys! His friends! His buddies! His pals! His home skillet biscuits with butter and jelly on top! His people!) to repent of their sins (ask the Lord to forgive them of their sins and to help them to stop sinning), to obey (listen to) Yah’s commandments (his rules, as laid out in the Holy Bible), and to prepare themselves for the coming of the Messiah (Jesus), the Lord and Savior (Jesus) that the Bible promised them-and us-would come to save the world from its’ sins.

When the Israelites gave their lives to Yah (God), John the Baptist baptized them in the Jordan River. Baptism is just a fancy way of saying that John dunked the Israelites into some RIDICULOUSLY COLD water (I’m exaggerating a bit…it’s not that cold. Haha) in the name of Yahushua Hamashiach (Jesus Christ). By getting baptized, we are “dying” to our old, sinful lifestyles, and are becoming new, holy creatures (we are filled with the Ruach (Holy Spirit) and are ready to live more like Yahushua Hamashiach (Jesus Christ)). John the Baptist loved the Lord (aka his younger cousin), he hated sin, and as such, like Jesus himself, John was killed for his beliefs, his faith and his convictions (he stood up for whom and what he believed in and for what was right). Needless to say, John the Baptist played a very important role in setting the stage for Jesus’s earthly ministry. While Jesus’s birth was miraculous (he was born of Mary, a virgin), John the Baptist’s birth was also miraculous. This brings us to today’s shorter Bible story, John the Baptist’s birth.

In the 1st Chapter of Luke (the Gospel of Luke, in the New Testament of the Holy Bible), we see that Zacharias and Elizabeth had been praying for a child for a long time. Elizabeth and Zacharias were both nearly 90 years old (88 years old to be exact), and up to this point, Elizabeth was unable to have children (this is known as being barren). For most of us (if not all of us), if we haven’t had a child by age 90, we’re not thinking about having children at that point (we’re closing shop! The store is closed! All items have been sold! No more clearance sales! Birth-A-Child has gone out of business!). It would be perfectly fair to think that Zacharias and Elizabeth had given up on having children at this point-perhaps children just weren’t in Yah’s (God’s) plans for them. As I’ve mentioned a time or two before, however, Yah has a sense of humor (would you like to make Yah laugh? Tell him your “plans.” Haha)! In Luke 1, Gabriel, one of the Lord’s chief angels, suddenly appeared before Zacharias and told him the wonderful news:

Luke 1: 13-17 (KJV): But the angel said unto him, Fear not, Zacharias: for thy prayer is heard; and thy wife Elisabeth shall bear thee a son, and thou shalt call his name John. And thou shalt have joy and gladness; and many shall rejoice at his birth. For he shall be great in the sight of the Lord, and shall drink neither wine nor strong drink; and he shall be filled with the Holy Ghost, even from his mother’s womb. And many of the children of Israel shall he turn to the Lord their God. And he shall go before him in the spirit and power of Elias, to turn the hearts of the fathers to the children, and the disobedient to the wisdom of the just; to make ready a people prepared for the Lord. 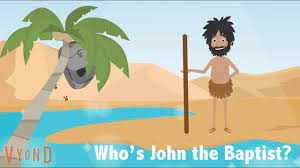 Hot dog! Zacharias and Elizabeth are going to have a baby…at age 90! If we found out that a couple was having a baby at age 90, we’d be looking crazy, have a permanent STANK face that would need to be surgically removed, and we’d probably say something like, “what in the world?!,” “are you serious?!,” “is this a joke?! Am I being Punk’d right now?! Where are you, Ashton Kutcher?!”  or “GET SOME CABLE!!!!” To say that Zacharias and Elizabeth were shocked to hear this news is a HUGE understatement (their facial expressions would have made awesome memes!). Yah might as well have told them that the sky was falling. We’re having children at age 90?! Lord, please help us to understand this; we’re having a baby at AGE 90?! I throw my back out just dreaming about exercise (just kidding, my older lovelies! Please don’t kill me. Haha); how am I supposed to carry and raise a child?!  Zacharias was in such shock and unbelief over this news that Yah actually took away his ability to speak until John was born-Yah didn’t want Zecharias to spew any hot, unbelieving garbage out of his piehole and ruin the miracle. Haha.

In Jewish culture, when a baby boy was born, he was circumcised (the baby’s foreskin was cut off to show that the child belonged to Yah and would serve and worship Yah forever. While this practice is still popular in Jewish culture today, it is not required for salvation (to go to Heaven)-our Lord and Savior, Yahushua Hamashiach (Jesus Christ), has taken care of that with his death on the Cross and resurrection), and his parents promised to raise him in the ways of the Lord so that he would grow up to serve Yah (God). While it was also Jewish custom to name a baby boy after his father, Elizabeth shut that down REAL QUICK (as in very quickly. Haha); the Lord had spoken to Elizabeth, and the baby would be named John (he earned the moniker “the Baptist” later on when he began baptizing the Israelites in the Jordan River).

Now that John the Baptist had been born (and what a miraculous birth it was!), Yah (God) gave Zecharias his voice back-I can speak, Daddy! I can speak! While Zecharias was unable to speak, he had time to think about his life choices and realized that he should NEVER doubt Yah; Yah ALWAYS tells the truth, he ALWAYS keeps his promises, he’ll ALWAYS take care of us if we trust in, believe in and obey him, and he can do ANYTHING (NOTHING is impossible for Yah to do! Yah can’t lie or fail!). Once the Lord gave Zecharias his voice back, Zecharias believed Yah, believed in his power, praised Yah, and NEVER doubted Yah’s abilities ever again! Get the Pampers and baby wipes ready, Daddy Zachy! You’re on diaper duty tonight! John the Baptist has been born, Jesus’s birth is only 6 months away, and the history of the world will forever change as we know it. 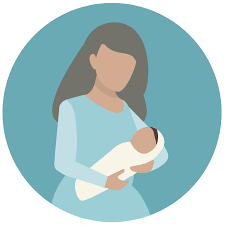 ·   Believe that Yahushua Hamashiach (Jesus Christ) is Yah’s Son, that he died on the Cross/stake for our sins, that he rose from the dead (came back alive)-3 days later-with all power in his hands, that he ascended back into Heaven on a cloud, that he’s sitting at Yah’s right hand right now, and that he’s coming back one day to take his children (take all believers in him) home to Heaven and to judge/destroy this wicked world.

Once we’ve given our lives to Yahushua Hamashiach (Jesus Christ), we will live forever, y’all! When Yahushua Hamashiach comes back to Earth, he shall raise the dead back to life, and those of us who have given our lives to him (both dead and still living at the time of his return) will receive new bodies, we’ll receive new names, and we’ll live it up with him in Heaven forever (Aye! Turn up! Ain’t no party like a Holy Ghost party, ‘cuz a Holy Ghost party don’t (doesn’t) stop! Party over here! Ooh-ooh! Party over here! Ooh-ooh! SINLESS partying at its finest!)! I’m looking forward to it! Let’s get it!

Given the length of today’s article, I will not remake today’s Bible story. No worries, though (I’m still not THAT trifling!)! I have included a wonderful video from The Holy Tales: Bible, which explains the story of John the Baptist’s birth beautifully. With that in mind, I love you all, Yah (God) bless you all, and I’ll see you all on the next one!

The Holy Tales: Bible, “The Birth of John The Baptist” (YouTube):